Buttercups Childcare and Early Learning Centre > History of our building

Buttercups Childcare is located in 156 Aberdeen Street, the house built and occupied by Richard Adolphus Sholl, first Post Master General of Western Australia.  The building sits in the Aberdeen Street Historic Precinct, one of the few remaining areas of late nineteenth and early twentieth century buildings close to the city.

Buildings overlooking Russell Square were much sought after, and their architectural presence reflected the social standing of their owners.  Richard Adolphus Sholl, who with his brother Robert, owned much of the land at the eastern end of the precinct was the first to recognise the potential of the site and built Lancewood at number 156 in c.1884.

Richard and Robert Sholl both held prominent public positions in Western Australia – Richard as Post Master General and Robert as member of the Legislative Assembly for Gascoyne.

The building appears as one structure, but closer inspection reveals that there are four distinct parts.  The front, eastern, portion has the layout of a traditional four room cottage with the front door directly off the Aberdeen Street façade.  To the rear of the cottage portion is an area possibly used a stables and which still has the original timber shingles under the corrugated iron roof.  These parts of the building are much simpler than the later western wing with the large bay window and decorative plasterwork which displays the characteristics of a grand house, possibly a demonstration of the growing wealth of the owner as he was promoted from Clerk to Post Master General.  The final development stage was the construction of the two storey building to the rear laneway which occurred as this part of Northbridge was redeveloped following the completion of the Graham Farmer Freeway in 2000. The freeway runs east-west through the subterranean tunnel located directly behind the house.

The house is highly valued by the community for its cultural heritage, and is entered on various heritage registers noting it as an example a substantial Victorian Georgian style residence with characteristics of a spreading rural homestead. 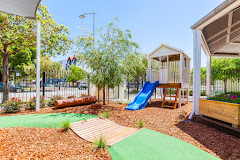