Buttercups Childcare and Early Learning Centre is sited in a stunning heritage house opposite a beautiful park very close to Perth CBD. We have converted the house to make a superb centre, mindful of retaining the fabric of the history.

Picking up and dropping off your child at Buttercups is very convenient with free 5 minute drop off and pick up parking bays at the front gate of our centre.

As a committed and passionate early childhood educator I believe every child responds to love and positive care.

From a very early age I have never wanted anything more than to work and care for young children.

I take pride in seeing children develop in a caring educational environment, while providing the assurance of love,learning life skills and care, a philosophy I share with Buttercups.

I understand children have different needs and learning abilities. It is my passion to ensure I recognise their uniqueness and allow development at their pace.

I love to use the holistic environment ,recycled and natural materials as part of my everyday teaching to enhance each child’s skills and outcomes which is what I as an educator hope to achieve during their time here at buttercups.

I never tire of seeing a child’s face bursting into a smile, each time they walk into the room.

I always show patience, understanding and care to every child. It is a real pleasure to be given the opportunity to have such an impact on their early learning years.

My greatest goal for each individual child is to remember their first educator as having a positive impact on their learning journey as I did when I started my journey as a child.

Buttercups Childcare and Early Learning Centre is sited in a stunning heritage house opposite a beautiful park very close to Perth CBD. We have converted the house to make a superb centre, mindful of retaining the fabric of the history.

Picking up and dropping off your child at Buttercups is very convenient with free 5 minute drop off and pick up parking bays at the front gate of our centre.

Freeway entries both north and south are easy access and only five minutes away.Exits are at Charles Street and Roe Street.

Our Entrance and Aquarium

Our entrance is designed to calm and catch the imagination of every child with a three metre fish aquarium complete with a variety of fish. The aquarium is sure to brighten your childs imagination.

When inside the Pre-Kindy and Kindy room your child can sit, watch and learn about the sea life through our porthole.

Each playground is designed to provide nature play combined with fun and early learning experiences specifically for each age group – Babies, Wobblers, Toddlers, Pre-Kindy and Kindy. Each playground has the benefit of fully shaded wrap around veranda.

History of Our Building

Buttercups Childcare is located in 156 Aberdeen Street, the house built and occupied by Richard Adolphus Sholl, first Post Master General of Western Australia.  The building sits in the Aberdeen Street Historic Precinct, one of the few remaining areas of late nineteenth and early twentieth century buildings close to the city.

Buildings overlooking Russell Square were much sought after, and their architectural presence reflected the social standing of their owners.  Richard Adolphus Sholl, who with his brother Robert, owned much of the land at the eastern end of the precinct was the first to recognise the potential of the site and built Lancewood at number 156 in c.1884.

Richard and Robert Sholl both held prominent public positions in Western Australia – Richard as Post Master General and Robert as member of the Legislative Assembly for Gascoyne.

The building appears as one structure, but closer inspection reveals that there are four distinct parts.  The front, eastern, portion has the layout of a traditional four room cottage with the front door directly off the Aberdeen Street façade.  To the rear of the cottage portion is an area possibly used a stables and which still has the original timber shingles under the corrugated iron roof.  These parts of the building are much simpler than the later western wing with the large bay window and decorative plasterwork which displays the characteristics of a grand house, possibly a demonstration of the growing wealth of the owner as he was promoted from Clerk to Post Master General.  The final development stage was the construction of the two storey building to the rear laneway which occurred as this part of Northbridge was redeveloped following the completion of the Graham Farmer Freeway in 2000. The freeway runs east-west through the subterranean tunnel located directly behind the house.

The house is highly valued by the community for its cultural heritage, and is entered on various heritage registers noting it as an example a substantial Victorian Georgian style residence with characteristics of a spreading rural homestead. 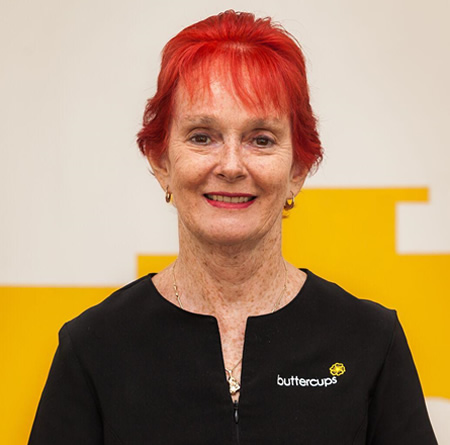 Di believes children have the right to feel safe, secure and happy in a place that is welcoming, fun and a pleasant environment.

That children should be treated respectfully and embraced as individuals with their own unique learning styles, abilities and personalities. Their early years learning environment should be rich with opportunities for children to investigate, interact, have fun and be stimulated from a very early age as this is the critical time for brain development. Children should be encouraged to be respectful of their environment, polite in their interactions with others and embrace the similarities and differences of those around them. Children’s curiosity, exploration and energy should be encouraged and fostered to help them become enthusiastic involved learners.

Di believes in building trusting relationships with parents and families as they entrust their child into her care. She takes this privilege very seriously and commits to gaining a greater understanding of the parents or guardians aspirations for their child’s learning. Together, we can provide enriched environments and learning opportunities that will have the best outcomes for their child. Di believes having parent or family involvement provides a richer and meaningful learning environment. 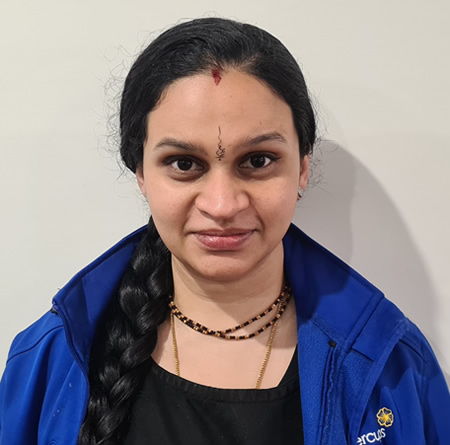 My philosophy is about building on children’s interests to help facilitate their learning. I believe that each child is unique and learns in their own way. Passionate about children’s learning and development, I enjoy meeting new children and helping them gain as much knowledge as they can, but also making their time at the childcare centre stimulating and exciting. I also believe in following children’s cues and interests to provide a rich and nurturing environment. I love working with children as I believe that by providing love, stability, stimulation and positive role models, we can help to shape the adult that child will become. That’s why we have the most important and rewarding job in the world!

I firmly believe that strong relationships with families, carers and the community are essential in any child’s development and look forward to forming these relationships. I think that children need a warm comforting environment and a strong bond with educators to feel safe and secure each day. And the best way to form these relationships is through taking time to get to know their interests and routines and building on this.